Few strategies are as iconic in their fear inducing nature as the Zerg Rush from Starcraft. Its prevalence goes beyond Starcraft or even real time strategies, Google has even honored it, it’s now used in a variety of genres to describe the earliest attack methods and is often viewed among the most toxic of strategies.

For those unfamiliar with the strategy, it’s used by the Zerg race from the Starcraft universe. The identity of their units are that they are fast, cheap and overwhelming. The Zerg rush’s basis is that by abandoning their economy and quickly getting units out before your opponent expects them they can kill their enemies workers before they have time to build defensive structures or units. It has various styles and names though the most famous is likely the 6 pool in Starcraft 2, which is an all-in, meaning if they don’t succeed initially their plan fails because they are at an economic disadvantage.

These rush strategies are as hated as they are deadly, they are often seen as a tactic used by those who don’t like longer games, who may have questionable macro abilities or rely on “cheap” and “easy” tactics to win. The reason for this is mostly because it happens so early in the game there is little the average player can do to stop it without seeing it coming, so it’s frustrating to deal with and doesn’t allow the game to progress to the generally seen more enjoyable periods of the game. 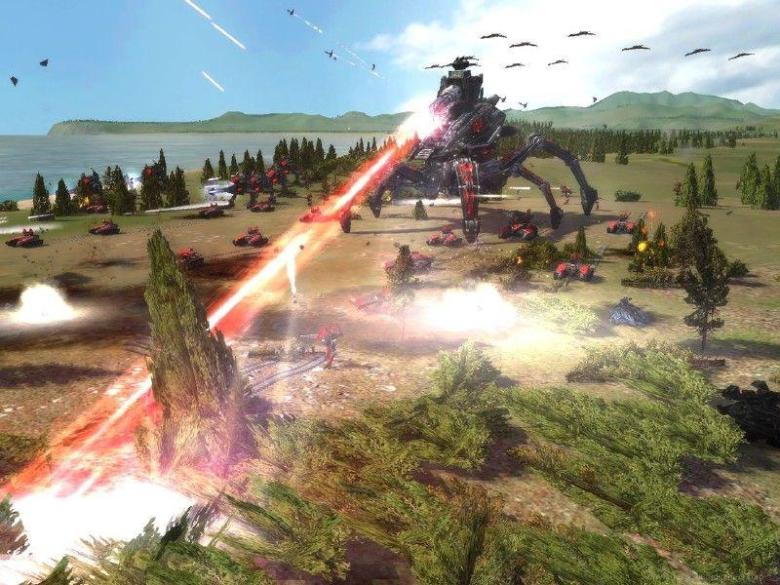 This is especially true for new or young players, as a kid I remember only making or joining Warcraft 2 online game lobbies that titles like “no rush X (meaning no attacking for X minutes)” or “late game only” because as a young player I didn’t play well, especially early game, and enjoyed games where I could build up my base and get my “perfect” army and then clash.

Coming from this background I understand the dislike of these early rushes but as I’ve gotten older and studied and played more real time strategy games I’ve learned a few things and come to understand a bit more about what makes rushes hard to both do and defend. Let’s get started.

The Anatomy of The Rush

Very often we hear words and understand their connotative meaning but don’t always connect the dots and look at the denotative meaning and I think the word “rush” is a good example of that. In an RTS game when we hear a strategy we think “oh they are just getting units fast and winning early” which is an okay description but what is actually happening is the player is getting units before their EXPECTED time and using that to surprise their opponents. In most RTS games there are kind of established periods to the game: early, mid and late game for example. When a player disrupts this arc that tactic is often called a rush.

In the vast majority of real time strategy games players employ build orders which either follow ingame timings for each building/unit/upgrade or a supply count. In Starcraft 2 for example a player of the human/Terran race takes their second mining base at about the two and half minute mark, that’s a timing, getting it early is rushing to expand and getting it late is viewed as a delayed expansion.

This applies across most games, when you get something before it’s expected or average time, you are rushing to that unit/base/tech. Another example is in Command and Conquer: Generals, if you were brave enough to play with super weapons enabled, you’d occasionally come across GLA players who had managed to figure out effective build orders to get their super weapon, the SCUD Storm, very early in the game against the Chinese faction by harassing them and denying scouting. By getting such a powerful weapon so early their opponents often just left the game.

So when you hear someone talking about a rush, it means that player got something before they were supposed to, or before they were expected to. Many see this as cutting corners or being overly aggressive, which is partly true, but to me it actually represents a highly advanced skill, let me take some time and explain.

The Skill of the Timing Attack

As I mentioned above in RTS games what, and when, you decide to build things are defined as your build order. Part of the strategy in RTS is often seen as how to improve, polish and manipulate your various ideas into effective build orders. Actually one of the best ways to improve at most RTS games is to study build orders, either your own or others, and work on them, both in terms of the timings and your execution of them.

If we look at an RTS game as a timeline there are peaks and valleys in terms of power, say when an upgrade is finished, your economy takes a step forward or you unleash a super weapon. In this basic timeline you are blue and your opponents are red, you can see your two power points and your opponents, a timing attack tries to win the game before your opponent hits those.

In the higher levels of any RTS game this is how many spend their time practicing, they theorize a build, play it a few times, make adjustment and try again, adjust again, and so on until it’s a crisp build. Often during this period players will take notes, bounce ideas off others and try to find the best way to accomplish the goal this build is meant to do.

Now as has been said “No matter what the game, every build order will have definite strengths and weaknesses – if they didn’t the game would not be much fun! If we look at our examples above then hopefully it is obvious that the rush builds will be incredibly strong at the start of the game and will put a lot of pressure on the later game builds since they will have invested early resources into production facilities and not defensive troops. However if the late game builds can weather the early storm then they will now be controlling larger production capacities than their opponents (which in turn will give rise to to greater resources and even more production) and the early builds will be unable to catch up.”

“In technical terms we call each period of a strength a ‘timing window’ and it is up to the player to capitalize on their timing windows if they are going to win the game. Our early game player must use his early game advantage to cripple his opponents production facilities (or kill him outright). If he misses his window to do so then he knows he will be behind in the later game. Most build orders will culminate in a specific army composition or group of units which are very strong at a certain point in the game. This is what is called a “power spike” and it is up to the player to make the most of their power spike before the opposition can reach the same level of strength themselves or build something to counteract the power of their opponent’s army composition.”

The rush, like all timing attacks, aim to hurt a player when they are weak. The Zerg rush we started this article on hits players when they are weak because it’s the most vulnerable time in almost any real time strategy game, which is why it’s frustrating to try and defend. But as a whole timing attacks are a vital, and skillful, display of strategic understand and manipulation. I’d actually argue the process of looking at what is beating you, building a strategy to attack the weak periods in what is beating you, practicing that and then executing that successfully is the peak of strategic planning and playing. Let’s look at a few examples. 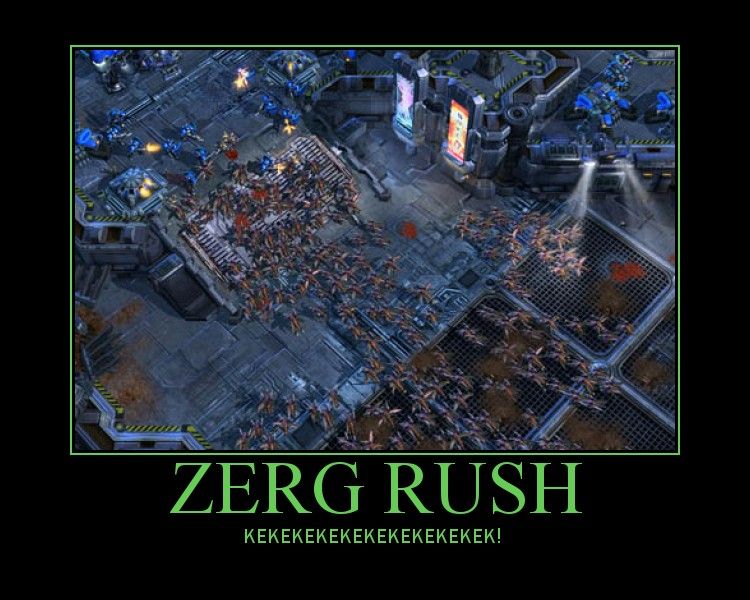 These will mostly revolve around Starcraft 2 since it has the most competitive multiplayer and is also the most reliant on timing attacks.

So Where Does That Leave Us?

The idea of rush strategies will always be decisive, they tend to catch people by surprise, are hard to counter and tend to end the game quickly after they hit. But at its core it’s a timing attack and a great amount of work went into creating it, even if it seems easy to pull off years after its inception.

The idea of studying a commonly seen strategy, finding a weakness in it and then devising an idea that can attack that weakness is at the core of strategy, it’s at the core of the RTS genre. While also an equally viable and legitimate strategy, it’s opposite strategy, turtling, is more toxic to the idea of strategy to me, it limits both players, forces the game down one path and funnels strategic options rather than opens them up, which to me should be the goal of a strategy game.

Love them, hate them, it’s all understandable, but the timing attack is a vital part of any strategic game.