I’ve written before about how I see RTS games lie along a sliding scale of economics, with games like Sins of a Solar Empire or Supreme Commander at one end, and games like Dawn of War 2 at the other end, with titles like StarCraft or Command and Conquer in the middle. This is more than a bit of an over-simplification, but I think it serves as an interesting visualization into how this genre can weigh the importance of economic management against the importance of unit management. In a game like StarCraft or Command and Conquer, for instance, it’s often the case that a player will achieve victory through the dint of having and maintaining a better economy – being able to produce more units in a given amount of time than their opponent, though the (often slim) chance exists for a victory on the merits of unit usage – a surprise Dark Templar attack, or an unprepared-for aerial assault, for instance. Though, of course, often victory will result from a greater or lesser percentage of both economical usage of resources and military might.

In Company of Heroes 2, on the other hand, in the average match both players will be raking in very similar amounts of resources across the whole of the match, with victory more often related to application of military might over production. Losing tanks or infantry squads can be incredibly non-trivial in Relic’s games, making their retreat mechanic incredibly important, and reclaiming lost resources through salvaging, grabbing dropped weapons or support guns on the battlefield, or even re-manning abandoned tanks, a potential game-changer in the course of a match.

Within the context of many of the more popular RTS franchises, such as Age of Empires or StarCraft, the player will usually be tasked with collecting 2-4 or so resources, 1-2 of which are plentiful (trees, food, minerals) and 1-2 of which are scarce (vespene, gold, stone). Managing and maintaining income with all of a player’s resources is key to producing a powerful and balanced force. Typically, income flow with the ‘scarce’ resource ends up determining the player’s overall access to high tech units, e.g. vespene being a limiting factor in number of Carriers/High Templar etc. or Fuel being the limiting factor in tank production in Company of Heroes.

But, I got to thinking, what would an RTS look like in which no resource was plentiful? What about a resource-scarce strategy game?

What would a resource-scarce RTS look like? Surely, there’d be little in the way of StarCraft-eqsue SCV or Drone lines, no Age of Empires hordes of workers scouring the land like a swarm of locusts. Because, of course, the land would already have been scoured by locusts, leaving behind little with which to defend oneself. What resource deposits that would exist on a map would be scattered and difficult to access, and maintaining an income would be dependent on a force keeping mobile and scouting out the next cache of resources in advance, perhaps defending these resources savagely until they can be added to one’s coffers.

Recycling, or re-purposing one’s resources, seems to be a no-brainer for a scare-resource RTS but I was cautious in approaching this topic. Handled incorrectly, being able to freely swap out resources through a recycling mechanic could negate the pinch of having shallow pockets, of being asked to make hard choices, which is kind of the point of a resource-scarce strategy game. There must be a time investment, and diminishing returns, on such an exchange in a game of this type.

As for a setting, the obvious would be a post-apocalyptic scenario: some calamity has befallen that has left the world a barren wasteland: a 9 or the Road scenario, if you will. For the purposes of this thought experiment, the obvious will work well: this game will be set, then, in the aftermath of a planet-wide calamity that caused the extinction of organic life and the complete and utter wreckage of an industrial economy. In this case, since I anticipate building a prototype game in the StarCraft engine as a part of this thought experiment, we can say that the battle would have in fact occurred between StarCraft’s own Terran and Protoss factions. This will become important later. 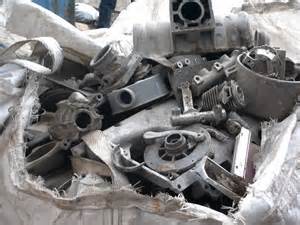 In the case where all of a game’s resources are scarce, I envision no mineral lines or gold harvesting paths. I envision small numbers of workers sifting through masses of garbage to find usable material, of machines destroying one another only for the victor to haul the loser’s scrapped carcass away to re-purpose. I see costly investments ruined because of small oversights.

In this thought experiment, there will be 2 resources: power, and scrap. Scrap will be a collected resource, like Minerals in a StarCraft match. However, it will be limited and scarce. Patches of Scrap would be exhausted quickly, and scattered in far off corners of the game’s map. Players would be encouraged to scout the map early to locate patches of scrap and to get harvesters working on them as quickly as possible. Given the mobile nature of my game’s drop-off point, I would hope to see some ingenuity exercised by players who want to harvest from multiple Scrap fields simultaneously, or to secure Scrap fields for future harvesting.

The secondary resource in the game is Power. Power in this case is more akin to the Power resource we saw in the Command and Conquer games: it’s more a state than something that’s collected and spent. Power functions like the Protoss energy fields to allow the construction and functioning of most structures. However, unlike Protoss Pylons, power centers are neither constructed nor is the power field located within the physical vicinity of the power station. There would be 2-6 Power Stations on a map, capturable similar to Xel’Naga watchtowers.

Power will also be used on some units similarly to Energy on StarCraft spellcaster units. Units will spend Power to activate spells, place vision wards, place mines, and perhaps even detect stealth. Power will not regenerate automatically on all but the highest tech units, but will be recharged to full upon entering a controlled Power Field.

The StarCraft metaphor of Command Centers doesn’t fit, in my mind, as acceptable within the context of a scarce-resource RTS game. The Command and Conquer single-threaded MCV or mobile construction vehicle, seems closer but is still too predictable and immobile a target to be interesting. So, taking the MCV as a start point, I envision a ‘constructor’ – a small and vulnerable mobile construction and resource gathering system. This, in Total Annihilation fashion, is the player’s avatar on the field of battle. Beginning a match as mobile but weak, the constructor is tasked with finding resources and building up a supporting army to defeat all other constructors on the map and emerge victorious.

The player will only ever have one constructor, and this unit will be the sole drop-off point for resources and primary builder of buildings. It will be able to produce other units and structures that mimic some of its functions such as harvesting Scrap, building units, or laying down defenses, but these come at the opportunity cost of offensive units which will be essential to defending Power Stations, structures placed within Power Fields, and Scrap harvesting operations.

As a single-thread point of harvesting and production, controlling the constructor and prioritizing its actions will be key to being successful in a match. Likewise, knowing which actions (such as harvesting) that can be offloaded to accessory units will likewise be important. Many of a constructor’s abilities, and high-tech unit production, require Power, and some units can only be constructed within a Power Field.

In most RTS games, gameplay tends to devolve into constantly-replenished masses of units. This has its place, but I think it’s more interesting to have fewer units, to be forced to make difficult resource allocation decisions, and to be required to fight on multiple fronts.

With a mobile ‘base’ and upgradeable primary unit, and the scarcity of resources and mobility of drop-off point, and the disconnected nature of Power Stations and Power Fields, I’m striving to create a scenario where players are fighting on multiple fronts, and constantly roaming the map to determine the location of their opponent. I hope to make mining operations a major point of contention, with harvesters traveling long distances at times, and forces being committed to simultaneously harassing enemy harvester lines and power stations, defending the player’s harvester lines and power stations, and trying to corner the mobile Constructor for a win. With mines, traps, and turrets, I hope to slow down the gameplay slightly and punish poor unit oversight.

With a relatively flat tech tree, but limited ability to spend, I hope to see hard choices being made.

I don’t pretend to be a game designer (well, yet, at any rate. It’s something I’m working towards in my spare time). This is a broad outline with many gaps, and without a thorough exploration of the implications of all of the choices it’s difficult for me to determine whether such a game would be fun. I don’t have a tech tree yet, either for Constructor upgrades or unit availability, which will greatly impact the gameplay. I have seen interesting ideas like the premise for Command and Conquer 4 and End of Nations squandered and left behind, and I’d like to see more takes on these models.